As I get closer to the completion of my final semester for my associate degree, I have experienced a few downfalls that I see as failures. But I have also seen successes.

I was extremely disappointed that two of my classes didn’t pan out to be what I expected. I had to make the difficult decision to withdraw from these two classes and drop down to part-time hours. Many might not make a big deal, but for me, I saw it as failure. I was disappointed in myself for not pushing to finish and being satisfied with “just getting by.”  It has taken a lot for me to swallow those two failures, despite the encouragement from friends and family.

Looking on the brighter side, I have been happy and proud to say that I was also recognized in the Awards Ceremony for having a 4.0 grade point average, as well as being inducted into the Phi Theta Kappa honor society. I have gained experienced in writing for The Pulse, which is Palo Alto College’s newspaper; and I have written several published blog posts for Northwest Vista College.

These accomplishments have made me realize that along with failure comes success. Sometimes you can’t have one without the other. I have been able to look at the positives in this college experience and not be down about the negatives. I can now look at my life and see that I have come a long way. This 44-year old wife and mother has come back to school after a long break, works a job and has church involvement, all while going to school full time. I think I’ve done well, and I am proud to know that on May 19, I will joyfully walk the stage to receive my associate degree. This will be a huge stepping stone to finishing my bachelor’s degree and pursuing my career in Communications 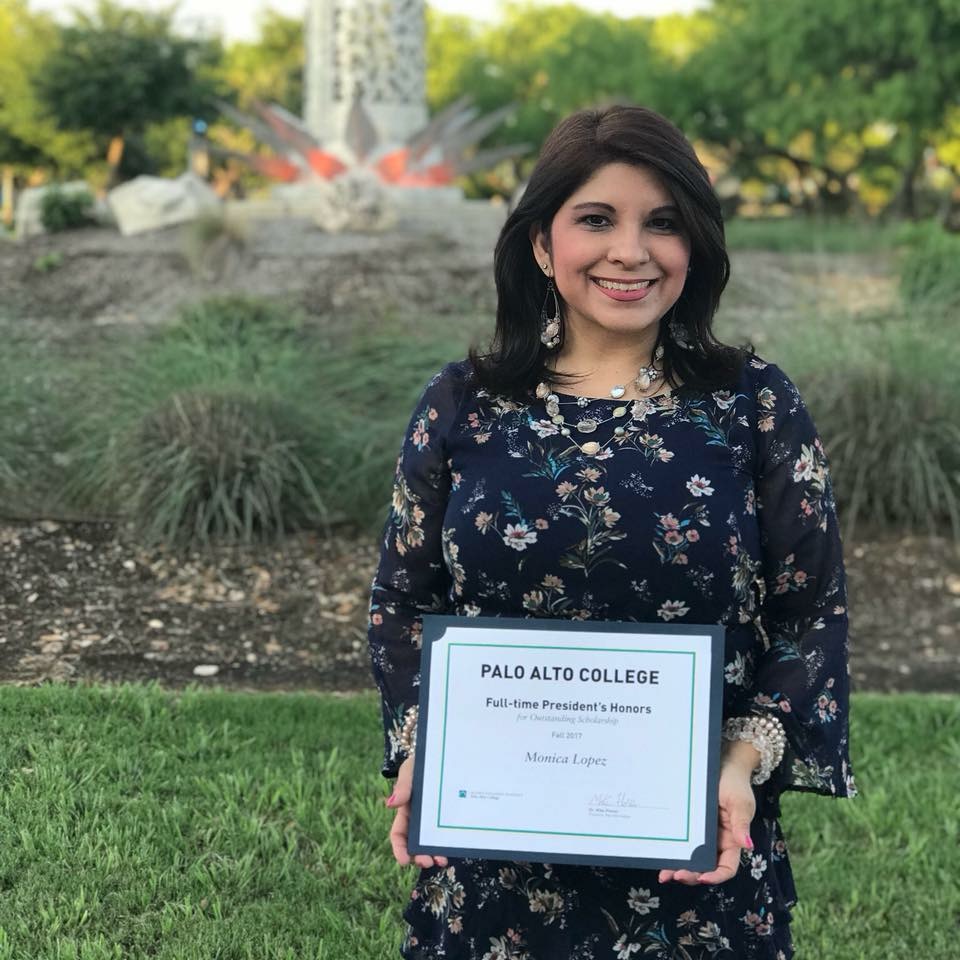 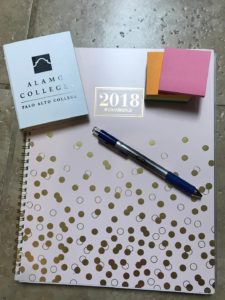 Part of the challenges of college is that you are now an adult with more responsibilities. Many college students have to hold a job while going to school in order to pay for school and other bills.

I had to figure out a way to balance school with working, family, heavy involvement at church, and any other thing that comes up. I’m a married woman with four teenagers at home, and I definitely play the full-time role of a mother in every way. I do most of the cooking and cleaning inside of the home.

Going back to school has made my family more aware of the role that I have played all these years. They have now had to step up and start helping more. It’s also made me realize that I had to teach my kids to have more responsibility and not do everything for them, especially at their age.

I have had to make difficult sacrifices. I have had to miss out on some big things, such as a weekend road trip to one of our favorite spots and then a week-long trip to Florida last summer. They both landed during a time when I had finals during my summer session. I hated missing out, but I had to prioritize.

One of the things that helps me to organize my schedule is keeping a planner. I write all of my assignments and due dates as soon as I have my syllabus for each class. This helps me plan around things throughout the semester. I love how Canvas is laid out as well. It gives a “To Do” list and a calendar to see what’s coming up.

Being an older student has given me more focus and determination to finish than when I was younger. I took the privilege of a college education for granted, which I now see as a priceless gift. 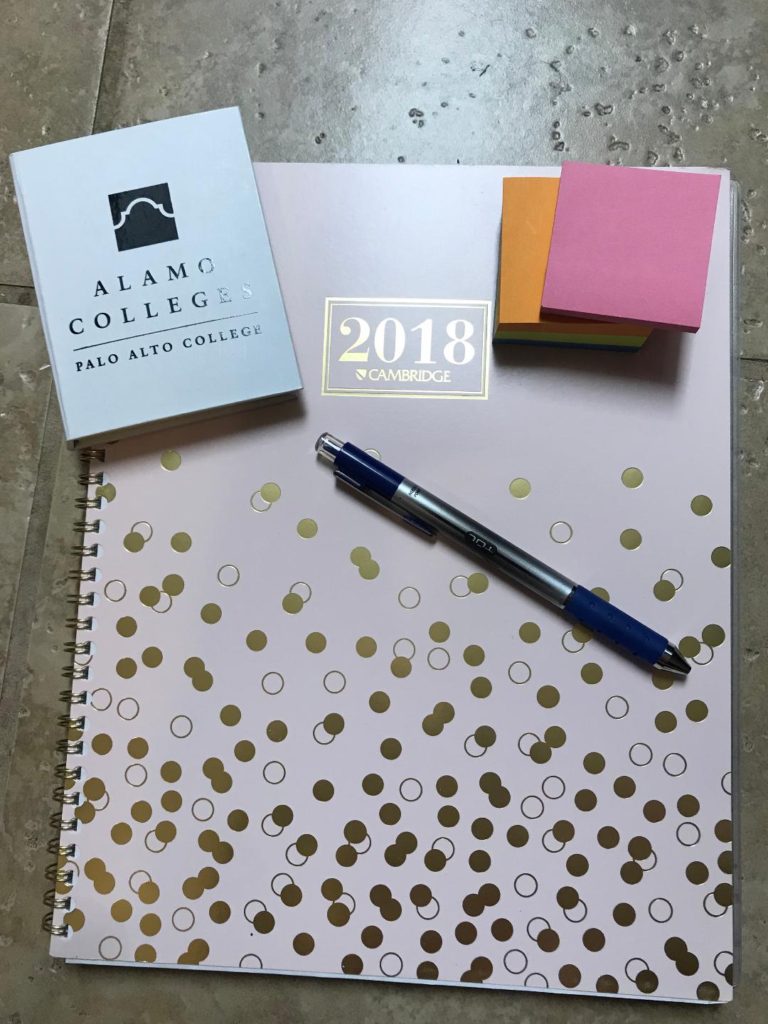 As I started back to school in August 2016, I tried hard to only take online classes. The intimidation that I had in being a non-traditional student had really set in my mind. However, there was one class that was not available online, so I had to take it at the campus.

To my surprise, the class was not very interactive. I didn’t feel as intimidated as I thought I would be because everyone stayed to themselves. I really only talked to one other person in that class, and it was only to discuss upcoming assignments, homework, and tests.

A year-and-a-half later, I am taking my third class on campus – an Editing and Layout class. This class is extremely hands-on and very interactive. In this last year, I actually have felt like I have formed better relationships with my classmates, even if it’s just there in class and occasional texting.

Just last week, I went on a trip to Dallas with my Editing class. I was able to have a great experience as I learned so much from the workshops in my field. But what I enjoyed most was the unity and friendships formed on this trip. I was able to get to know everyone on a more personal level, and I was able to share more about my own story.

Being a 44-year old on a trip with mostly 20-something-year-olds, I definitely felt like the “mother hen.” I was always looking around, making sure everyone was taken care of. But the absolute best part of my trip was the very end when my husband and I were giving someone else a ride home. She told me that she and the rest of the class really liked me a lot. She said that she and some of the other girls were talking about me and saying how much they liked me and looked up to me.

This trip just gave me the confidence I needed to reassure myself that my age doesn’t matter. No one is ever too old to continue learning or to start a new career path. These younger adults helped make me feel young, appreciated, and admired. They made me put all those insecurities about being the older one to the side…because in reality, age is just a number. It’s all what’s in your heart! 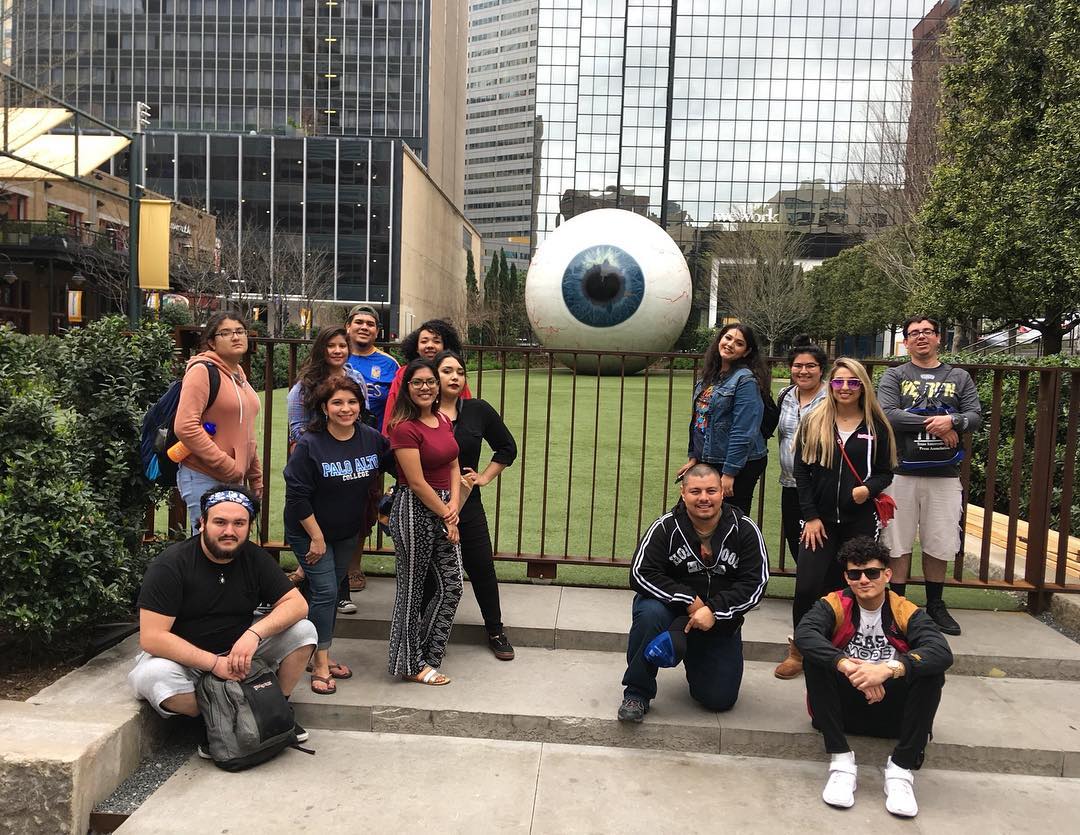