The GAFPB, or Abzeichen für Leistungen im Truppendienst in German, is a decoration of the Bundeswher, the Armed Forces of the Federal Republic of Germany. The decoration can be awarded to all German Military. Allied Service Members, such as the United States may also be awarded the badge to wear regardless of rank. The GAFPB is one of the few approved foreign awards in the U.S. military, and it is one of the most sought after awards to achieve.

There are several events throughout the competition that assessed the Service Member’s basic fitness level and military training over the course of three days. One of the events during the first day was the pistol competition, which the participant is given five rounds and must get a minimum of three rounds into three different targets. The competitor will attain bronze-level for getting three rounds into the three separate targets, silver-level for four rounds and gold-level for hitting the targets with all five rounds.

Day one also captured the rest of the unit-driven military training events such as the first aid test and the Nuclear, Biological, and Chemical (NBC). The first day concluded with the 100-meter swim while wearing their military service utility work uniform. Swimmers had a time constraint of four minutes and upon completion of the swim had to tread water and remove their uniform. The second day continued with the basic fitness test consisting of an 11x10m sprint, a flex arm hang (chin-up test) and a 1,000-meter run.

“I have never been tested on this kind of variety of events at one time,” said Army Cadet Corporal David T. Forrest, Army Reserve Officer Training Corps Cadet from Northwest Vista College, and also currently serving in the Texas Army National Guard with his unit, the 1st Battalion (Airborne), 143rd Infantry Regiment.

The last day of competition was the 12-kilometer ruck march. Each competitor rucked the distance carrying a 35-pound ruck sack with the goal of completing the course in two hours.

In the end, only 161 out of 385 U.S. Service Members earned the GAFPB – whether it’s a gold, silver, or bronze. Their achievement was recognized at an award’s ceremony held on Oct. 28. Cadet Forrest earned the Gold GAFPB.

“The event is a fascinating experience. It’s not every day that I get the opportunity to earn a badge from a foreign nation so I did my very best to soak in every minute of the event,” Forrest added. “Earning the badge was an honor and something I will proudly wear for the rest of my time in service.”

“It’s a good feeling to be able to work and train with my U.S. comrades. I have been doing this for about 30 years and I love it. I am proud of these dedicated men and women’s achievement today,” Schiller remarked. 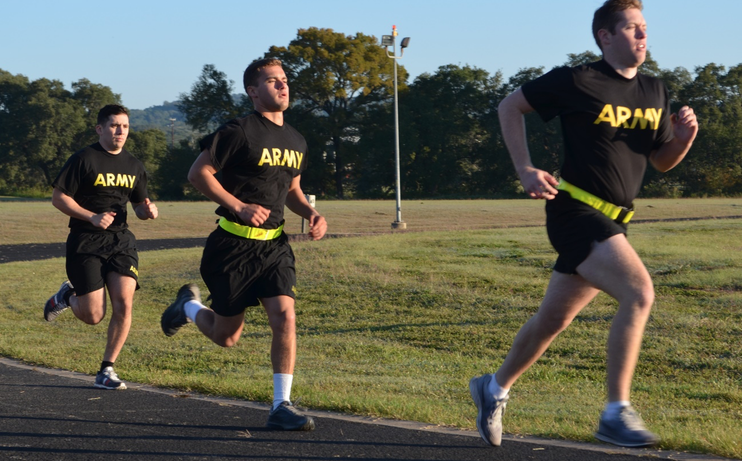