Northwest Vista College student Steven Moore is so knowledgeable about being on a plant-based diet, he incorporated his vegan lifestyle into a Mars proposal as part of NASA’s Community College Aerospace Scholars (NCAS) program that he participated in over the summer.

In order to survive on Mars, he said astronauts will have to adopt a plant-based diet since its unlikely farm animals will be able to survive the trip or can be supported on the red planet. In fact, NASA is already researching this diet for its astronauts for long missions. Steven’s proposal eventually led him all the way to the Marshall Space Flight Center in Huntsville, Alabama. But getting there wasn’t easy.

To be selected, students must submit transcripts, and write essays discussing their desire to join the program. Steven also received help from NVC Engineering Coordinator Dr. Thomas Pressly, who wrote a recommendation letter for him. Out of 700 students nationwide who applied, Steven was first selected for the five-week online portion of the program. At the end program, students were given the choice to write about rebuilding a Mars rover, redoing a mission to Mars, or changing one of the habitat systems.

Steven’s vegan proposal went into further detail about the water reclaim system and the importance of having two different water filtration systems for women and men at the International Space Center. Steven researched more than 100 hours about this topic that dealt with long-term food storage, growing food in microgravity, longevity of plant-based food sources, and how a vegan diet can provide positive health benefits to astronauts. His long hours paid off. He was the only student to accomplish a perfect score on his proposal.

Steven was then one of just 320 students selected for the four-day, all expense paid trip to Alabama where students took part in STEM-based activities. During the site visit, students were able to compete in two different challenges, tour the facility, and hear from guest speakers, including Dr. Ruth Jones, the branch chief at the NASA Marshall Space Flight Center. Dr. Jones is considered the next generation of “Hidden Figures.” The movie “Hidden Figures” depicted the role African-American female mathematicians played to get the first man on the moon in the 1960’s. 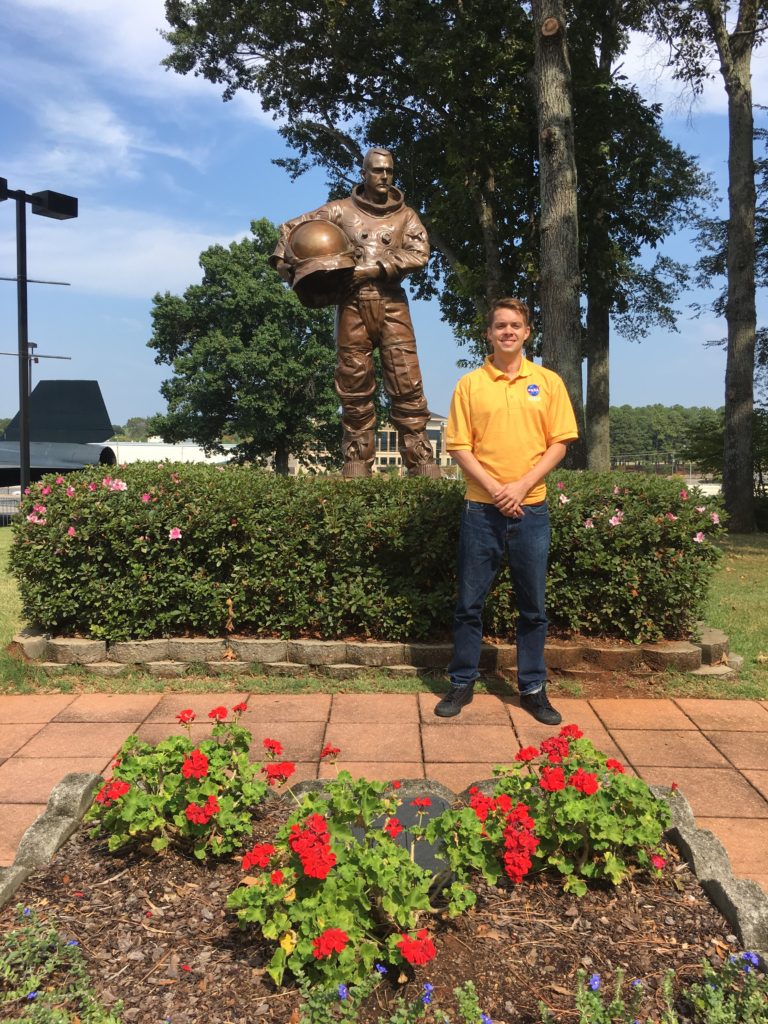